Following the passing of his beloved wife, Elizabeth in 2013, Kim’s songwriting output went into overdrive. Between 2014 and 2019 he wrote the lyrics to seventy – seven songs of which sixty could be described as ‘songs of love and light.’ In addition, he composed thirteen children’s songs about animals that are intended to be used by primary school music teachers to help pupils perform songs in class. Kim is working on this project with his own music teacher.
However, up until that time (2018) Kim had had no formal music training and thus was unable to write the music down or play it on an instrument, even though he could hear the music and the arrangements for the songs in his head.
In FTF, Phil was Kim’s main songwriting partner as the duo explain in the following anecdotes: “Look Kim, said Phil, I get the gist of it, it’s just that what you are attempting to sing does not correspond with any notes that I recognise. So how do you expect me to put music to these lyrics if I can’t work out what the bl**dy notes are!” 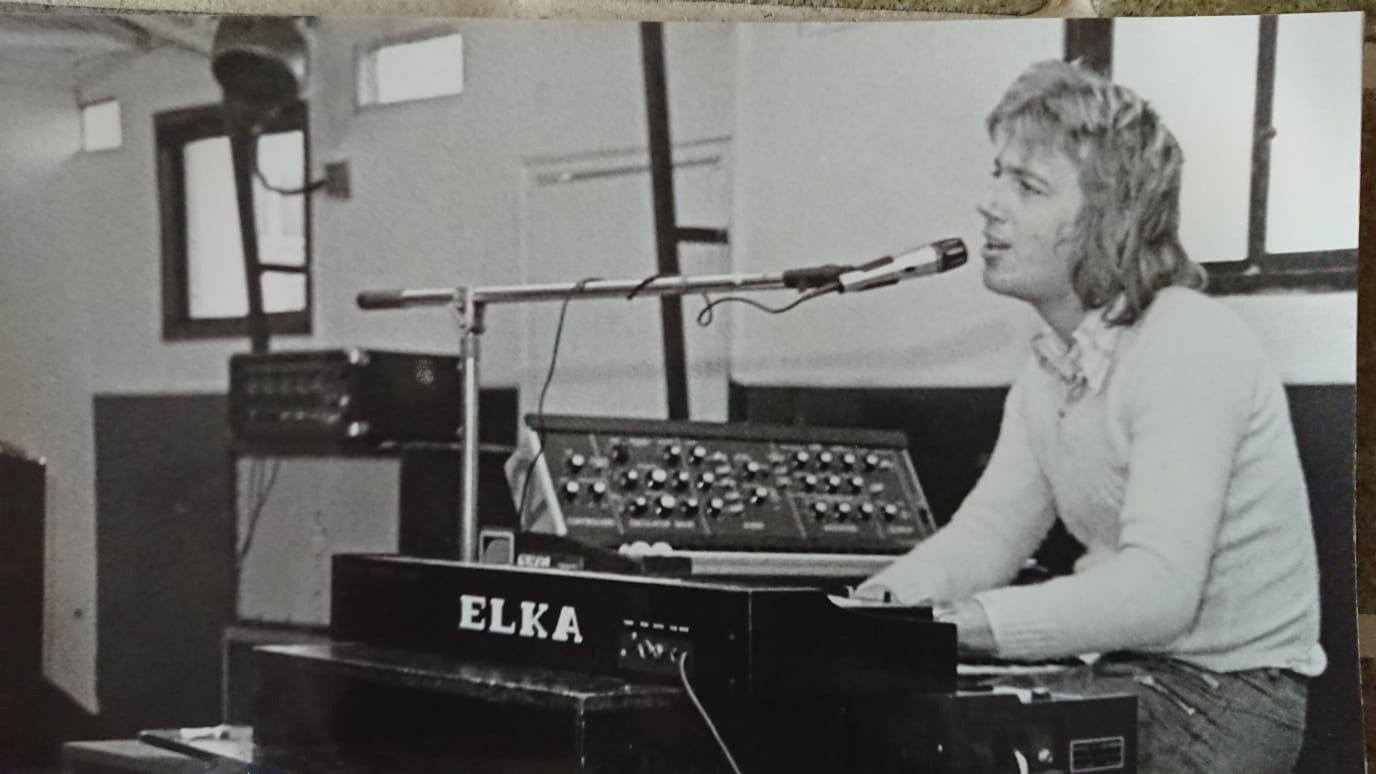 Phil singing and ‘keyboarding.’ Taken at a rehearsal in Stanmore, Middx. circa 1975
“Since 1974, the above comments and variations on them have been uttered by my co-writer, as he tried to transcribe the musical content of my songs to piano. So yes, as he attested, I never had any music training, and, as for singing, my notion of it was simply to open my mouth and hope that the appropriate sounds came out! So to try and overcome this, we evolved a system for writing songs whereby I would write the lyrics and then do my utmost to convey to Phil the core aspects of the song, such as the tempo, style and the basic tune. If he was able to interpret my ideas, and liked what I proposed, he would enhance and add to them until the essential elements of the song were complete. The next stage would be for Phil to assign the individual instrument parts to each band member. And because he was the only permanent member of the group who could sing properly, he did all the vocal work too.
If, on the other hand, Phil could not relate to my ideas, he would write something different, and, subject to mutual agreement, we would go with that, though it often meant I had to amend or completely re-write the lyrics.
There were one or two times when I put words to music that Phil had written first, but the best songs always seemed to come when the music was added to the words.” says Kim. 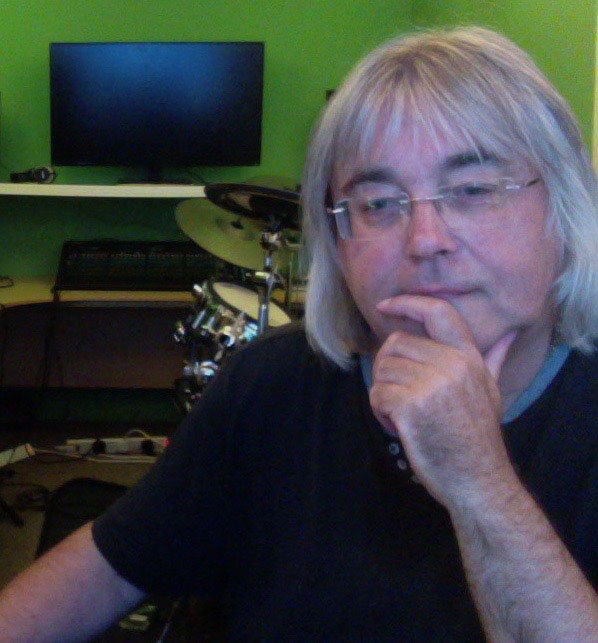 Kim having a think in his office / studio

After the release of, Funny Money, the duo found it extremely difficult to find the time to work together. So, in 2019, Kim decided to study music. His plan is to get proficient enough to put music to his lyrics and record the core instruments himself.

His song catalogue includes pop ballads; slow blues; straight pop; soft rock and one country number. Kim feels that some of them would be suitable for other artists to cover, and consequently is determined to get the hundred songs he has written recorded before he ‘leaves the Earth.’
content-page.php
Ⓟ & © 2003 - 2022 GOLDEN AGE PROMOTIONS LTD
All Rights Reserved
page-music