“I really fancied my English teacher, Miss Ashton. She was firm, but fair, and to me, totally wonderful. I was thirteen then and full of hormones, but always did my best to please her with good written work.” confesses, Kim. 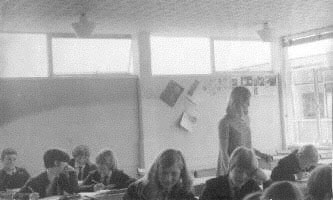 Miss Ashton, supervising her English class, circa 1968, when Kim was 13.
It was taken in the classroom where she taught Kim at Holmshill Secondary Modern School, Borehamwood, Hertfordshire, England.
Kim explains that, when Miss Ashton set an essay, the pupils would start it in class and finish it for homework. This enabled him to get his ramblings edited by his father, a former journalist, and then, top PR man. His English was impeccable and he corrected Kim’s grammatical errors and reworked lines and passages that he deemed to be ‘unclear’ or ‘too wordy.’
“Consequently, my essays were always ‘beyond my years,’ and I often wondered if Miss Ashton was aware of the identity of the guiding hand that moved secretly behind mine. I would wait impatiently for her comments and the vitally important ‘reward,’ being the mark she awarded for my work. I considered a seven to be acceptable, but only an eight or a nine was guaranteed to raise a smile. And, as for a ten, well, I don’t think she ever gave them!” exclaims, Kim.
But what spurred him on the most were those episodes when things went awry. Those horrendous occasions when Miss Ashton’s appraisals: “flew like arrows into his unworldly heart.” he quips. Such as the time he received a meagre five for what he considered was worthy of an eight, but that she had down-graded because of ‘untidy handwriting’.
“I felt like a hapless lover scorned. But later she loosed the deadliest of arrows when she branded one of my poetic lines a ‘cliche’. How profusely I bled, but l learned, and have never erred so badly since.” he claims.
Kim is grateful to Miss Ashton and his father for the excellent teaching “as together they made a remarkably effective team.” he says.

Kim’s next step-up with words came four years later, when, he took a two year ‘A’ level course in English Literature at, Borehamwood College. His tutor was an amiable Welshman whose admiration and deep affection for the work of his compatriot, the poet genius, Dylan Thomas, was so infectious, that Kim caught the bug and apart from the ‘Bard,’ Kim still regards him as the poet who has influenced his ‘word work’ most. 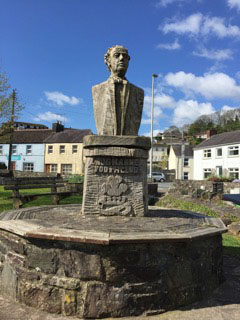 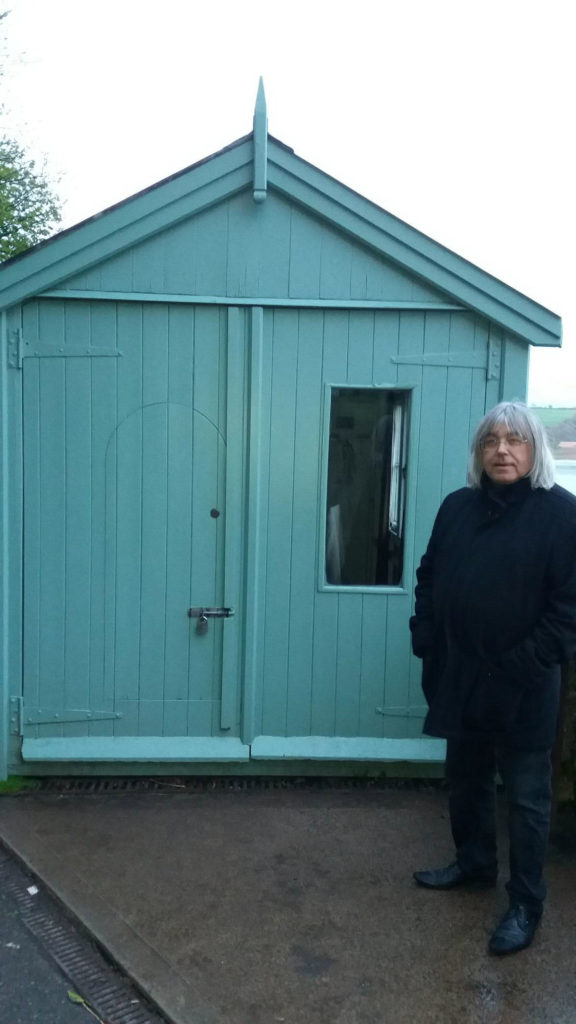 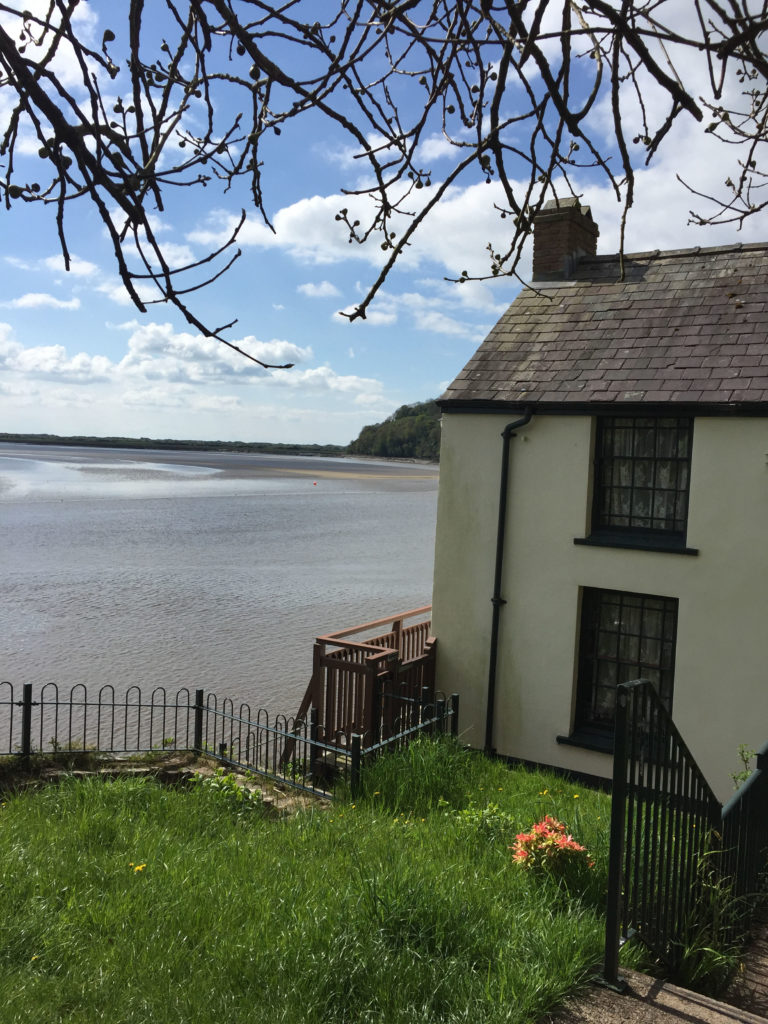 Where he lived
“Dylan’s writing is so lyrical, so abundant in sound, so rich in rhythm and rhyme often-times, so profound.” says Kim.
He recalls that Mr Reece’s classes were “pure joy” and that because of him, Kim’s appreciation and knowledge of literature, made a giant leap.
Through the critical evaluation of the works of the ‘Goliaths’ of English literature he learnt how positive messages could be imbedded into poetry and song lyrics, and that the brevity of these formats made them powerful mediums for communication.
In his first book, A Golden Age Economy, Kim frequently uses poems as substitutes for prose, in order to reduce the number of words needed to convey a particular message. The Ballad of Voodoo Rock, for example, is a poem that explains in six hundred words what in narrative form would need six thousand.
Mr Reece’s lectures lit the fires of Kim’s latent desire to become a writer, and it was at this time, that his first poem was published in the student union magazine.
In English lectures Kim sat next to a girl (Teresa) about whom, 42 years later, he wrote one of his favourite songs, ‘I Wish I’d Said I Love You.’
“I am indebted to Dylan Thomas and Mr Reece” says, Kim.

When FTF disbanded (1981) Kim’s writing output dropped significantly and did not pick up again until 2003 – the year, he says, that he ” really started to wake up.” He had been guided to study the teachings of the ascended masters through a number of Mystery Schools sponsored by them, and this knowledge, combined with his life and work experiences, provides the source material for his songs, poems and books.
“I could not have written the words to, Funny Money, or both the books it inspired (A Golden Age Economy and Babel’s Tower – The Funny Money Story) without the benefit of my extensive experience in sales, marketing and commerce, and especially, the twenty years I worked as a Independent Financial Adviser. Saint Germain’s teachings on the money and banking system would have fallen on deaf ears had I not gained the incites and insider knowledge that enabled me to see through the smoke and mirrors that surround that illusory world. Indeed, had I not spent decades helping to protect my clients from the vagaries of the financial system, by anticipating events, I doubt I would have had the motivation to write about the multitudinous levels of fraud, deception and lies that permeate an economy designed to deny abundance to all but a gilded few!” exclaims, Kim.
And thus, it is not surprising that some of his songs deal with complex subjects beyond the mainstream. In such cases, Kim always explains what they are about as well as providing reference material for further reading – all of which can be found in the Lyrics section of this website.
“I have enough lyrics and poems in my catalogue now to publish a thick single volume book, which is something I would like to do.” says, Kim. And, when asked what type of writing he prefers he answers: “I am happiest writing songs; because if you can fuse great words with great music you have in your hands the power to transform worlds.”

One of Kim’s best Christmas presents was an ingenious notepad and pencil that works underwater. Before Kathy gave it to him, there had been many times when a good line had come to him in the shower that he desperately wanted to write down, but could not, for lack of a pen and paper. On such occasions his only recourse was to leave the shower while simultaneously repeating the line and looking for writing materials. But if none could to be found, he would have to run down to his office, jot down the line and despite the distractions of his nakedness, the cold, and the water he was depositing, remember to return to the shower with said notepad and pen should more words come – as they were wont to do. This crazy scene has, on numerous occasions, been the birthing place for many a song, but it is not the only one he claims:
“The symbolism in the shower scene is that most songs come when I am clean, meaning spiritually clean, and thus free of energies that disturb the natural rhythms of life. My best ideas tend to visit me before dawn when I am refreshed and alert, and my mind is still. These are the times when I am awoken, as if by some silent command, with words on the tip of my tongue that I have to write down before I forget them. One good opening line can lead to others and before long, perhaps after twenty minutes or so, I may have several verses, and sometimes a chorus too. On other occasions it can take weeks. This is when the work on the words becomes more like a sculpture that you chip away at until it has an acceptable form that can be refined and polished.”
Kim explains that “drumming frequently unleashes spurts of creativity, as I usually sing to myself when I am laying down a rhythm, and this can yield a tune or a hook that can be added to and turned into a fully formed song.”
There are also times when he starts something but cannot finish it simply because it was never meant to be. About one-in-six song starts fall into this category.
Kim ends saying that: “for me the source of my best songs is always my heart, my spiritual heart that is, because these are the songs created out of love for my Creator, a person, or a particular truth, and thus will always resonate within me as powerfully as I hope they will in others.”
content-page.php
Ⓟ & © 2003 - 2022 GOLDEN AGE PROMOTIONS LTD
All Rights Reserved
page-music